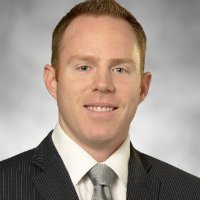 Sean P. Reynolds earned his Juris Doctor degree from Thomas Jefferson School of Law under scholarship in 2006 completing the program in 2.5 years . In 2007, after passing the bar on his first attempt, his bar essays were published by the California State Bar as model answers. Mr. Reynolds soon thereafter joined the largest plaintiffs’ securities litigation firms in the nation. After determining securities was not his passion, Mr. Reynolds joined one of the largest intellectual property litigation firms in the nation. After dissatisfaction with his ability to meaningfully participate in large national cases at that firm, he joined Balestreri, Pendleton & Potocki focusing his attention on construction and business related issues. After defending numerous large business and multi-home construction defect litigation suits, Mr. Reynolds joined a national insurance company serving as general and coverage counsel and rewriting its Commercial General Liability insurance policies. Later, Mr. Reynolds served as that carrier’s in-house counsel and then defense counsel for all California claims representing insured throughout California.

Mr. Reynolds has several undergraduate degrees and coursework in pre-law, economics and accounting from University of California Los Angeles, Santa Barbara and Irvine, graduating with high honors, including obtaining his BA in pre-law in one year taking 22 units a quarter with internships. Based on his high scholastic achievement, he was invited and is a member of the Golden Key International Honour Society (the alternate to Phi Beta Kappa.)

Mr. Reynolds experience in a broad array of matters including:

Mr. Reynolds is active in a number of professional organizations including:

© 2009-2013 US Construction Law, A Professional Law Corporation.
ALL RIGHTS RESERVED.